Paying your house off is a liberating life change. I think everyone should enjoy the peace that comes with being debt free and truly owning your home. So I’m showing you how to pay your house off the way we did.

Hi, I’m Juliea! My dream was ALWAYS to have my home paid off, and it was my destiny! No one could talk me out of it, and it has been such a blessing to me and my family! I think everyone should have the peace and freedom that owning your home free and clear brings, so I’m sharing how to we did it!

Just fair warning here… We are not normal, lol.

We did some hard things, but they paid off in the end! Remember… Nothing good comes easy. There is always a sacrifice to be made to improve in life!

When Darin and I first got married, we lived in California and real estate prices were still pretty reasonable. We lived in a little desert town called Yucca Valley, and a friend offered us his brand new house for a good price. Darin and I were really young, and didn’t make a lot of money, so we couldn’t really afford it. But we loved the home and wanted to stop throwing money away in rent.

Sooo… We came up with a plan! My husbands brother lived close by with his wife, and they were in the same stage of life as us. They were renting, making a smaller income, and motivated. So we offered to buy our friends house, and here is the kicker, WITH my brother in law and his wife.

We bought the house for $180k, if I remember right, and lived together for TWO LONG years, Don’t get me wrong, the house was a BIG upgrade from our tiny rental downtown. But, sharing a home with another couple makes time slow down… Especially when you already work together! (Darin and his brother were also business partners.)

After two years, we sold that beautiful home for a nice little profit, and moved to a little rural town in Idaho!

We had a nice little nest egg and put it down on a construction loan for a new home.

This was the first time we built a home, and we hired a contractor to take it from concrete to drywall, and then to do several finishes. This was a good learning experience for me, because I could document the entire process for future builds.

This is when I learned how to organize bids, plans, finances, lien wavers, and subcontractor schedules.

We had the lot excavated, the well drilled, the temporary power put in, and the driveway built. The contractor took it from there to drywall, and we caulked, painted and filled nail holes. Then the same contractor had the finish plumbing, electrical, and HVAC finish up. I learned so much during this process!

After living in that sweet first home, I developed opinions on what I liked and what I didn’t like in a home. I wanted to build again, and I knew we had some good equity as the real estate market had risen. So we listed our home, and sold it a few months later.

I found a view lot in an even smaller rural town, and bought it for only 19K! I found farmhouse plans online, complete with the wrap around porch and ordered them. Then I started getting contractor and material bids. I knew how to be my own contractor now, and I was excited to do it!

We finished that home in about six months, and lived there for less than 2 years when we had to move to Arizona for business. This was 2008 now and I couldn’t sell our house for what we had into it, because the real estate market had crashed hard!

But I had an epiphany… I knew I could refinance our home and get enough cash out to buy another one in Arizona! So, that is what we did!

We were blessed with good renters for that beautiful Idaho farmhouse for almost 5 years… Till we finally sold it.

In the meantime we were able to take that cashout and buy a foreclosure in Arizona for cash! This was the first time we owned a home for cash…. And it was a HUGE blessing, especially at this time in our lives! We started a new company in Arizona in 2009. And if you remember 2009, you know why that was a tough row to plow!

After struggling for 5 years in Arizona, our company was big enough for us to move back home to Idaho! And lucky for us, the real estate market had risen a little to give us a nice little profit too. We sold our Arizona home and our beautiful Idaho farmhouse within a month of each other.

Our beautiful Idaho Farmhouse had a great view, but a steep driveway… And I had teenagers who were getting close to driving. Most of you wouldn’t think twice about it, but the thought of my teenagers driving down that driveway in the snow terrified me. So we sold the house for enough to pay off the mortgage.

After the sale of our homes, we had a good nest egg, and started the process of building again. This time I didn’t have enough to finish the project. We made it to drywall and paint and then when to our local credit union! Small town Credit Unions are awesome! They had no problem financing the remainder of our home build, which was pretty small.

We finished that home and lived there for three years! We had a very small house payment, but I wanted to pay it off faster! So we decided to sell it and build again!

After selling that fifth farmhouse, we had a big enough investment to build again for cash! So, I drew up my dream house plans, and started the process all over again!

AND that’s it! That is how we paid off our home, more than once, and we’re now working on house #7! 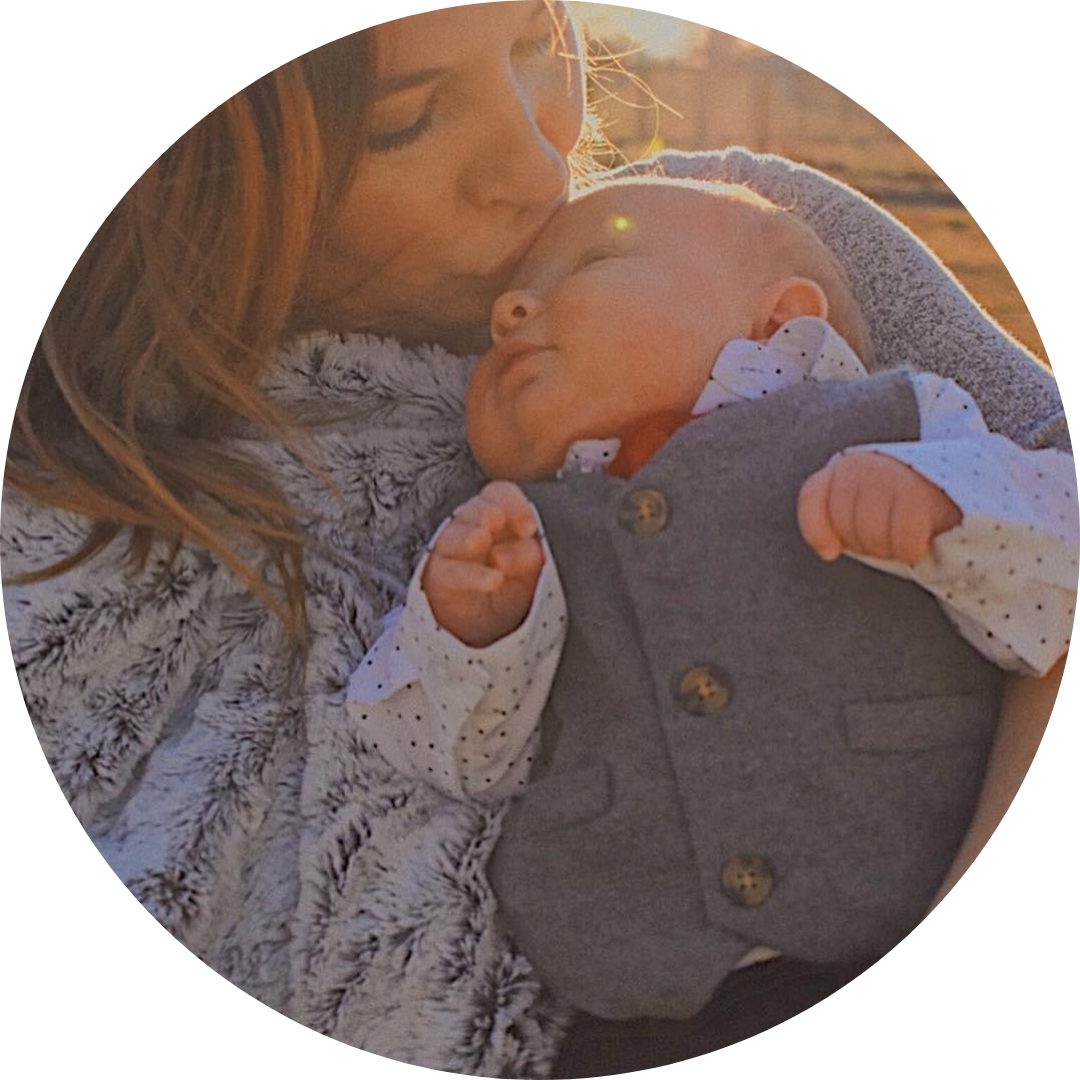 Hey there, I’m Juliea, so glad you’re here! I’m a mom of 6, from scratch cook, and farm & garden lover… (read more about me)

Subscribe for all things Homegrown, Homemade & Homestead including: natural living ideas, from scratch recipes, and all things farm & garden straight to your inbox! Plus planting, harvesting & preserving parties!

Be Part Of Fruitland Farmhouse Harvest!

We want to include you in our homesteading journey and keep you updated on all things farm, garden and home. Plus event invites!